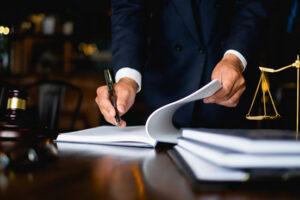 Peter DeFilippis & Associates is a legal team that many injured New Yorkers choose because of our long history as tough, N.Y. personal injury attorneys who don’t back down. If you were injured on someone else’s property or were the victim of an assault, a slip, and fall,  a reckless drunk driver, a motorcycle accident, or any type of unlawful negligence, let us fight for your legal rights. Find out how our highly qualified Westchester County and NYC personal injury lawyers can help you today. If you are not sure whether what happened to you is considered a viable personal injury case, tell us your situation and allow us to give you sound legal advice.

We will evaluate your personal injury claim at no charge. If you have a valid claim, we will do all we can to help you get a fair and just settlement or win a verdict. We’re here to advocate for you from the very beginning to the very end of your case. Our firm has taken numerous cases to trial and our winning record speaks for itself. Below, you’ll find just a sample of a few of our cases of note that have been officially reported in New York State publications and legal periodicals. For more published cases of ours, kindly visit Verdicts and Settlements and Firm in the News.