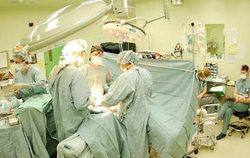 Medical malpractice occurs when a professional or facility such as a doctor, nurse, or hospital fails to use due care and departs from accepted medical practice causing further harm to a patient during medical treatment. When this occurs you need to consult with a knowledgeable, skilled, and caring medical malpractice attorney. Our lawyers are award-winning specialists in handling Westchester County and New York City medical malpractice claims. We consult with other medical experts to help us determine if a professional failed to follow accepted standards of medical care in treating a patient.

We know how to process cases involving medical errors which is why  New York Super Lawyers listed us as  “Top Rated Medical Malpractice Lawyers” in 2019. We are highly experienced and successful medical malpractice attorneys based in New York City and Westchester County (Dobbs Ferry) with the utmost respect for members of the medical community. However, under the laws of New York healthcare professionals are accountable for instances of medical malpractice as the effects of negligence on the patient and their loved ones can be devastating and last a lifetime or cost a life.

Medical Errors Are the Third-leading Cause of Death

A study in a current issue of the Journal of Patient Safety says between 210,000 and 440,000 patients each year who go to the hospital for care suffer some type of preventable harm that contributes to their death. That would make medical errors the third-leading cause of death in America, behind heart disease, which is the first, and cancer, which is second. For a medical malpractice claim to be viable, the conduct that caused the injury must violate “the standard of care” in the medical community. The standard of care means the generally accepted practices and procedures of medical professionals performing a particular treatment in a particular local area.

How to Choose the Best Medical Malpractice Lawyer

When looking for the best medical malpractice lawyers near you, it is extremely important to choose an attorney who has vast experience in preparing and trying those types of cases. Many lawyers hold themselves out to be “trial attorneys” but never actually tried a case and are more interested in settling. The details of every medical malpractice case are different, and while we do settle some medical malpractice cases, we are not afraid of going to trial if that means getting a better result for our clients.

A sample of our trial results involving a medical mistake was featured in the New York Law Journal, “Verdicts and Settlements Hall of Fame: Medical Malpractice” in 2014 for the verdict of $3,500,000 in Stothart v. Montefiore Medical Center: Negligent Treatment category. This case was the basis of a newspaper article exposing and detailing the tragic effects connected to medical errors due to staff shortages at local hospitals. 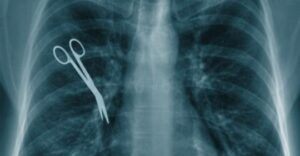 We also resolved the well-publicized medical error case of a 58-year-old Brooklyn cook who died from infection after a New York City Health and Hospitals Corporation surgeon left part of a stethoscope inside the suture line of his stomach after weight loss surgery. A remnant of the stethoscope was discovered with the postoperative specimens. The medical negligence case, which was filed in Brooklyn, was resolved by a settlement before depositions were held for $675,000.

We handled a medical negligence matter in which a four-month-old, Brooklyn infant was mistakenly administered an adult heart medication instead of a simple antibiotic. The pharmacist at the Hospital incorrectly filled a prescription written illegibly by one of the pediatricians. The improper medicine was given to the infant on four different occasions over a twelve-hour period by nurses on duty. The series of medical errors resulted in the child suffering from near-fatal convulsions that permanently affected her nervous system and caused brain damage. A medical malpractice suit was commenced in the Kings County Supreme Court. The parties settled on the eve of jury selection for a significant sum. The award amount is subject to a confidentiality agreement at the request of Defendant New York City Health and Hospitals Corporation.

One example of an “Erb’s Palsy” delivery case successfully processed by our firm involved a pregnant 25-year-old Westchester woman who had a sonogram in her final week revealing a baby weighing in excess of 10 lbs. with a very large head circumference. During the early stages of delivery, meconium staining was present as was fetal distress. The doctor opted not to perform a Cesarean section though both parents repeatedly requested that be done. Subsequently, the baby’s head became lodged in the birth canal for ten minutes. Emergency measures were needed to resuscitate the non-breathing child. An expert OBGYN reported that excessive traction was used in pulling on the baby at the roots of the brachial plexus and the doctor failed to use known methods for extracting the child with shoulder dystocia. He opined that a C-Section should have been scheduled at the onset. The baby was left with a mild Erb’s Palsy resulting in decreased shoulder movement and loss of grip strength requiring years of physical therapy. The medical malpractice case was filed in Westchester County and a settlement was reached with the Doctor’s insurance carrier after depositions were held for $600,000.

Be Aware of the Statute of Limitations 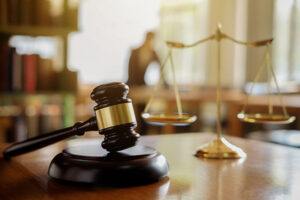 New York, along with many other states, requires that lawsuits are brought within a certain time period which is referred to as the statute of limitations. If you fail to pursue your case within this time,  you will not be able to do so in the future. Of course, this can be devastating to learn. Medical malpractice cases in New York must be filed within two and one-half years from the date of the incident. Speaking with an experienced Westchester medical malpractice attorney is best as time is of the essence. Call us for a free consultation to be advised promptly and accurately if and when a claim for medical malpractice may arise.

Examples of New York medical malpractice claims we have ably handled include but are not limited to:

When a patient suffers significant harm and injury as a result of serious misconduct by a healthcare provider, we collaborate with competent medical professionals to thoroughly investigate such incidents. If there has in fact been a departure from accepted medical practice resulting in significant harm and losses, we strive to ensure you receive the maximum compensation attainable for any injuries sustained. We only accept and pursue cases in which a medical professional expert has concluded that medical misconduct resulting in serious and permanent injuries has occurred.

Some Types of Medical Malpractice Cases We Handle

Mr. DeFilippis is an experienced, leading personal injury and medical malpractice attorney with proven experience trying cases in Brooklyn, Bronx, Queens, Manhattan, and Westchester. Why is this significant? Although any lawyer could take a case to trial, very few actually do. The insurance companies know this and they will try to settle a case for far less than what the case is worth. The actual trial experience of Peter DeFilippis & Associates is a strength. We have proven to the insurance industry that our Attorneys mean business. We will not hesitate to take a case to trial when it is in the best interest of our clients. Every one of our cases is accepted with the intention of preparing the matter for a trial, if necessary.

Mr. DeFilippis, his staff, and attorneys have addressed medical malpractice cases from the Bronx to Brooklyn to Westchester including medical mistakes, and errors constituting departures from accepted medical practice involving:

Please go to “Verdicts and Settlements“ to learn more about sample cases New York City and Westchester County medical malpractice attorney Peter DeFilippis and his firm have successfully processed for clients. Medical malpractice cases are handled on a contingency basis, in accordance with a fee schedule set by those in charge of monitoring the legal profession, which means we do not get paid unless we recover on your behalf.